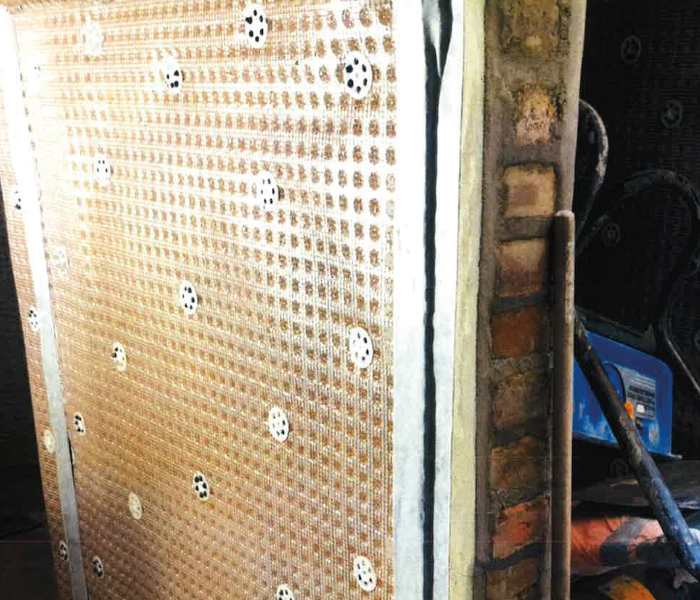 Classic under pavement vaults are commonly found in cities across the United Kingdom.

Historically, in older properties, vaults were used as coal cellars and were not designed for modern living.  Basement vaults can extend under the pavement, even as far as roadways.

Basement vaults can be riddled with water ingress/rising and penetrating damp/and can even be prone to flooding. 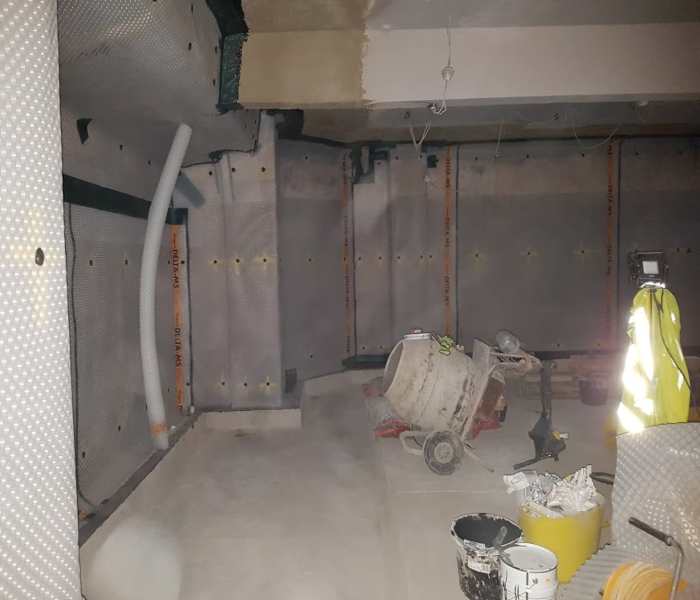 The Type C System is fully maintainable with maintenance of the drainage system being undertaken yearly by Tywi Damp Proofing.

Delta’s Technical Team along with Delta Registered Installers Marsden Damp Services were approached by the main contractor Wilmott Dixon to give assistance on designing a robust waterproofing solution. Working in collaboration with the architects and project team, this team of waterproofing experts were easily able to offer a simplistic and practical approach. 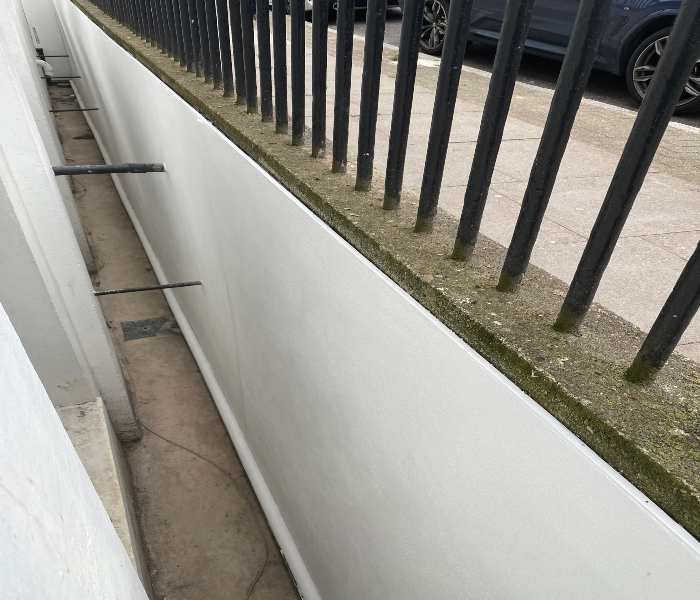 The scope of the project was to facilitate a solution for a damp, salt and mould covered lightwell wall, which was impacting negatively on staff who thought their office views were unsightly and unhygienic.

After many years of the medical facility seeking to remedy the problem by repainting the wall, continuous maintenance issues due to water staining, salt patches and algae growth lingered.