(between Kings Cross and Farringdon Stations)
You are here:

Koster were invited to carry out a trial on a section of track (the Metropolitan Line) located close to Farringdon station.  The brief was to provide an elastic, permanent repair solution which would not cause any detrimental effect to the structure nor the trains passing through it.

Koster sought to offer a robust system that would easily accommodate the stresses associated with tunnel waterproofing whilst being sympathetic to the aging construction.

The construction of the tunnel is multiple layers of brickwork with an assumed tar or bitumen waterproofing layer externally.  There was evidence of water seeping from the brickwork, stalactites, heavy salt and soot crust formations throughout the tunnel and a previous installation of injection packers which lined the crown.

Prior to conducting a product trial, a close examination of the tunnel was undertaken.  One area which was showing significant signs of water seepage (water ingress via the brickwork) was at the tunnel`s crown.  This area had previously been highlighted within a report stating concerns for rails being “at risk” of corrosion.

Prior to commencing any trial, POS Services Ltd coordinated with Transport for London to ensure that all work permits were authorised.  Throughout the trial, appropriate Health and Safety regulations were observed.

The second phase of the trial (once the area was free from running water), was to measure and mark out the borehole positions for Koster Superpackers.  Koster Superpackers are small injection lances which have been specially designed to give a superior grip (within the boreholes) whilst delivering a constant flow of grouting resin. Identifying the correct injection packer placement is an important process. Koster specified the Injection ports to be placed at 400mm centres in a grid pattern, with a single packer positioned in the centre.

The boreholes were drilled to a pre-determined depth which would facilitate the packers.  Koster Superpackers were then inserted and the area was ready for the Gel injection.

The material used was Koster G4 Gel (an acrylic based resin which has a similar initial viscosity to water).  The Koster G4 Injection Gel fills the same minute tracks and veins that water follows when infiltrating the structure.  When injected into pore structures, the Injection Gel G4 cures to form an elastic, permanent gel which is then able to move and flex within the brickwork.

The G4 Injection Gel impregnated the full build-up of the brickwork lining (becoming part of the structure), protecting from future water ingress and its resulting damage.

The G4 Injection pump was set up and operated from a rolling platform below the scaffold tower, allowing for ease of access to each packer during the injection stage. 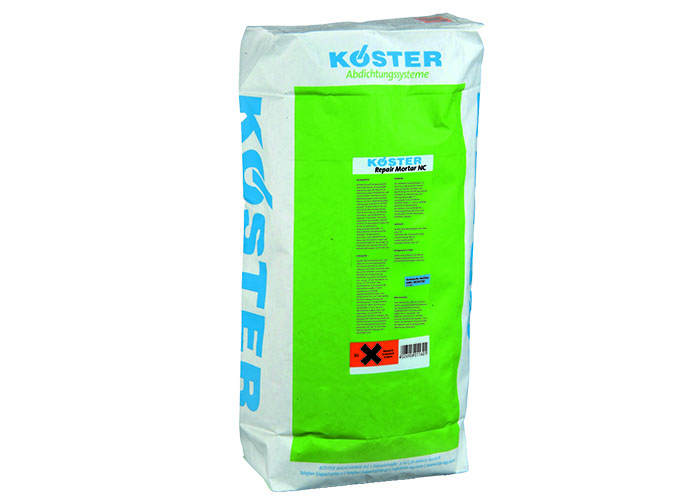 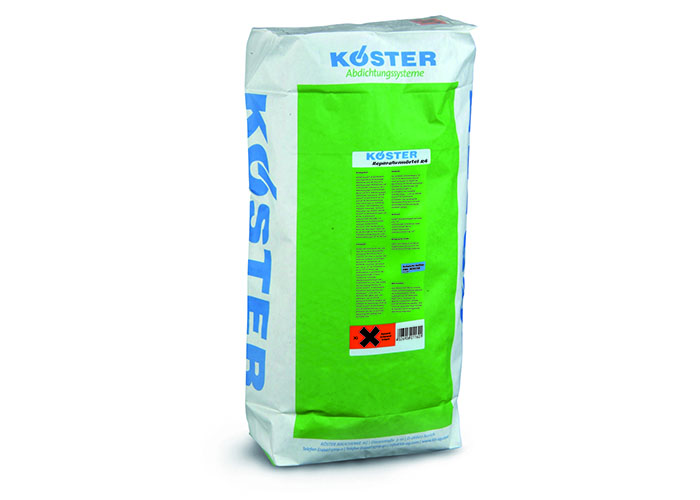 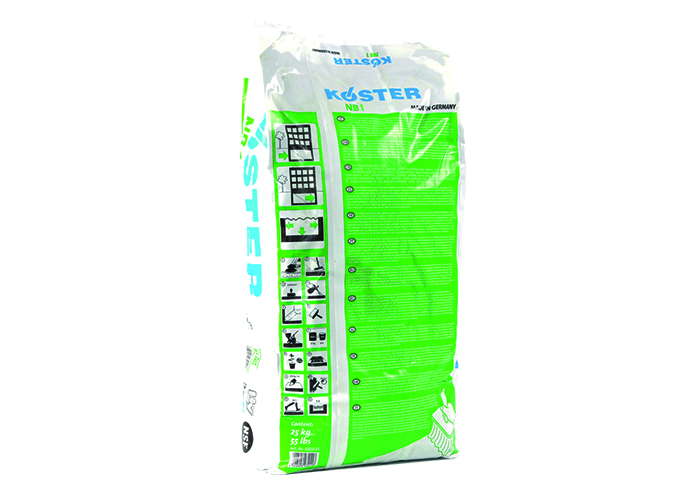 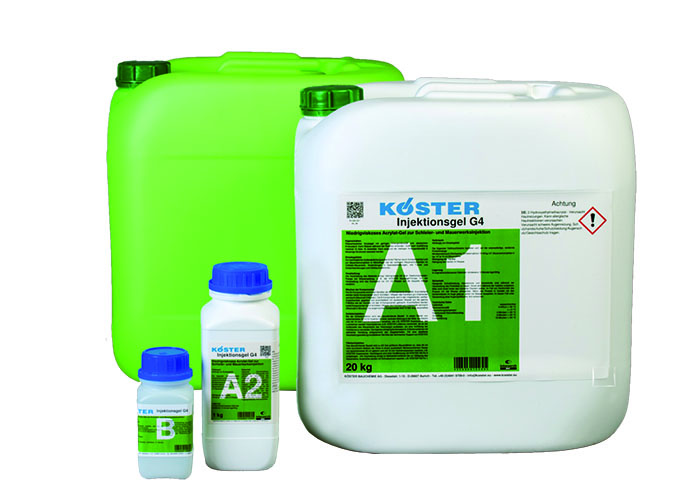 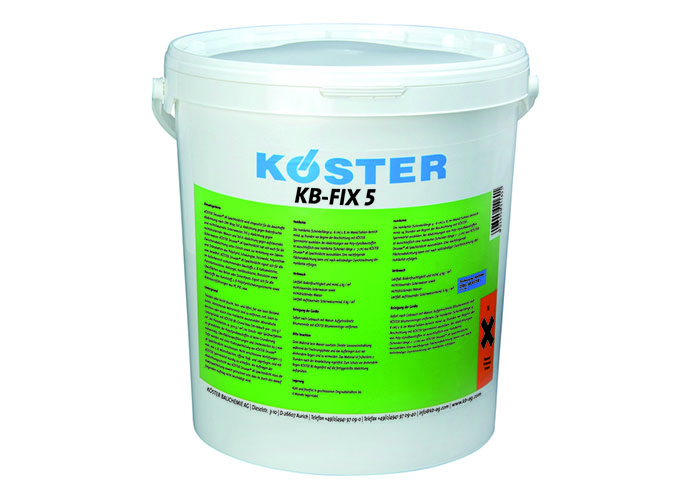 An elastic seal within the structure had been achieved without compromising the tunnel lining.

Within 15 minutes of the Koster G4 Gel being injected all water seepage from the brickwork slowed and ceased.  Koster continued to observe the trial area, noticing that it was drying out.    The water seepage stopping meant that the resin had “gelled” within the tunnel lining and sealed off all routes which had previously been allowing the passage of water. 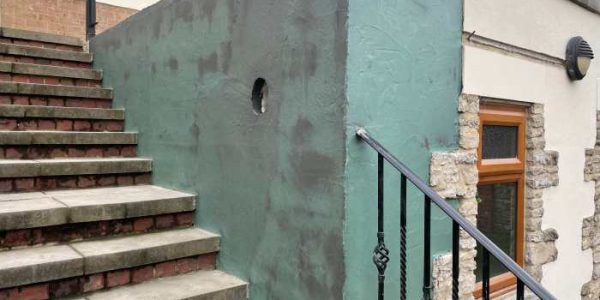 The scope of the project was to offer a retrofit solution to a leaking podium deck. Works included closing up a leaking parapet, podium deck interface and side wall and providing a robust wa...
Read More
November 14, 2022
Specialist Waterproofing Solution 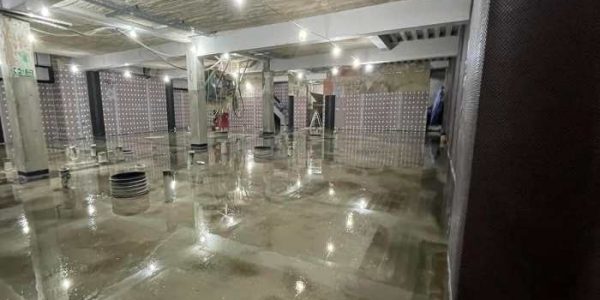 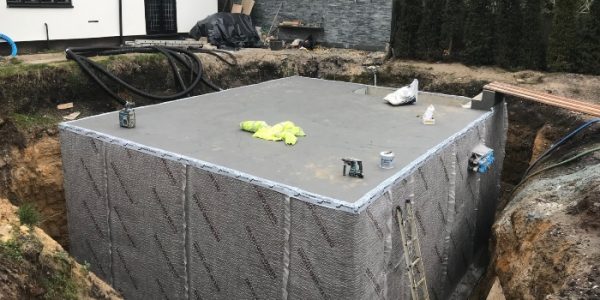 The scope of this project was to replace a above ground level pool house (a dated timber structure), with a below ground one. Included in the design was to provide an entrance staircase vis...
Read More